There have been various planned music videos that I've spent time planning over the last year or so, however these three are the ones that have either the most work behind them or the highest chance of actually being turned into tests, animatics, or whole animations.

The newest concept would be a music video based around street racing in a suedo apocolyptic city setting. It would be building upon the skills that I've learned in regards to making rigs out of 2D images in Blender, however this time they would include more joints, movement, and expressions. Not only that, but I suck at drawing and designing cars, so this would be the ideal chance to work on making vehicles that don't just look like giant boxes. The visual style for the characters would be very sketchy/punk, and would lean more into my more feral artstyle while stilling attempting to be visually readable. Major comparables include Post_Void, DR executions, and action packed racing movies, which is a genre I haven't really explored. I want to see what variations there are in shots and environment that differ from other animation topics. Because of this, I might go back and watch the old HotWheel movies for inspiration.

This is one of the older music videos that I've story boarded, so chances are I would need to go through and rework some of the shots, however there is still enough planning done to justify making it. Also, the song is only 2-ish minutes long, which is a pretty light workload. The design for this video would be a blend of older TV shows for kids such as Blues Clues or Sesame Street, while flashing to a gritty, desaturated art style similar to Limbo, by Playdead Studios. The colorless parts would be done with 3D modeling, while the TV parts would be done with 2D images in a 3D space that look like props and puppets.

Out of the 3, Sober to Death is the most "done". I've done 3D renders, and have made the assets for the intro. However, the notes I made for it are scattered between multiple sketchpads, notepads, and photoshop files. However, if I can gather up my notes I should have all of the neccesary pieces for getting back to work. However, this animation was originally for a class, and the reason why I swapped to Tom Cardy - Why Am I Anxious? is because the CSHR song is over 5 minutes long, is multi-medium, and just generally requires a lot of work. I'm not sure if I'm going to ever complete it, but I might release an animatic at some point and see where it goes. However, I can also post the test renders that i made for the intro. 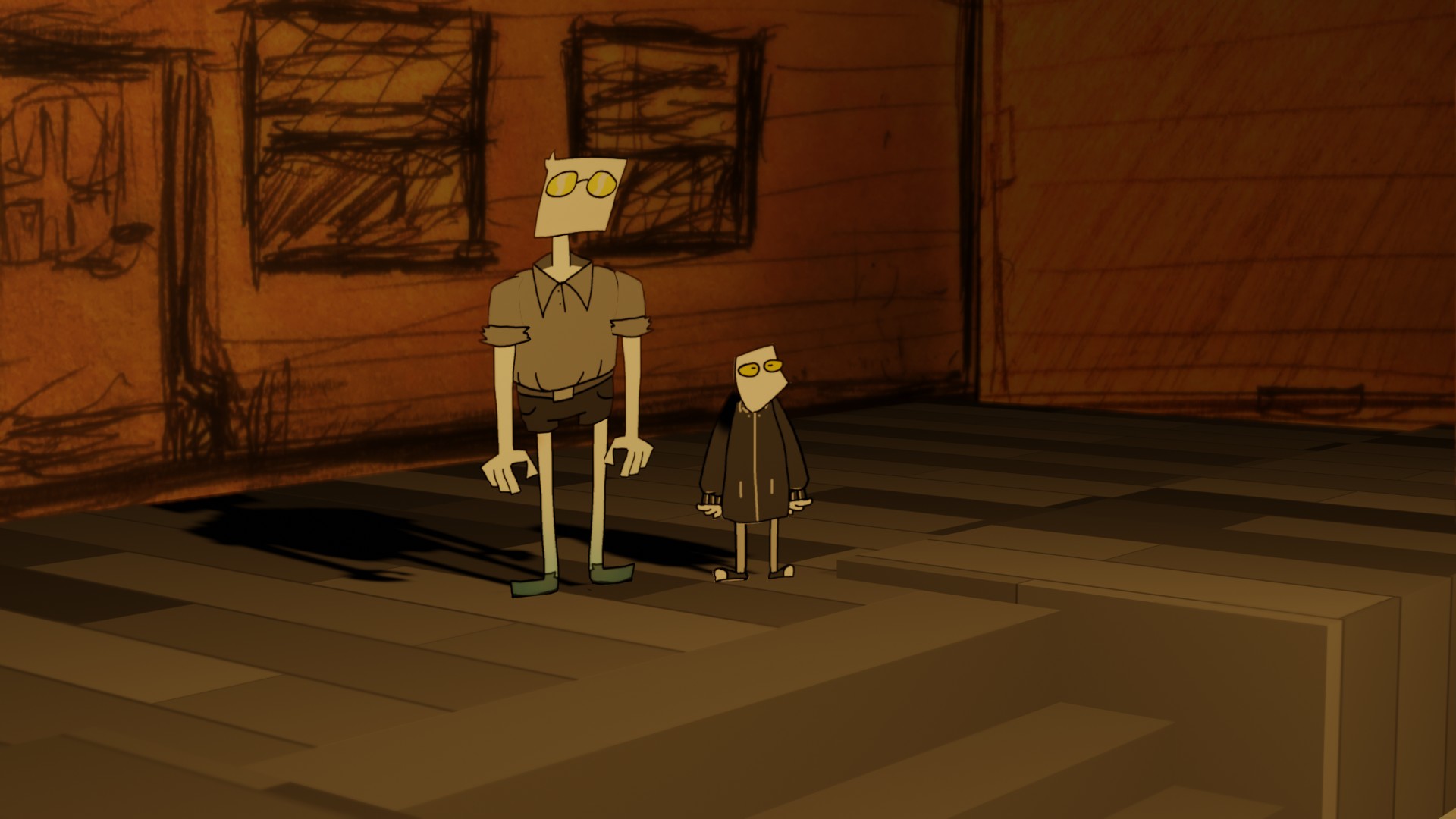